Getting in touch with the Earth

Nature cares for us. The earth provides the negative pole that helps to discharge and maintain the electromgnetic balance our body requires.

Walking barefeet and connecting physically to the earth provides numerous benefits for the organism: 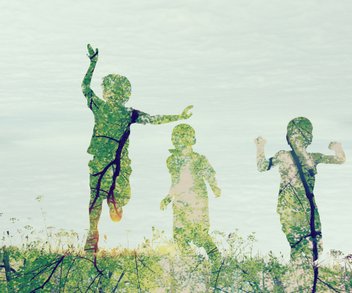 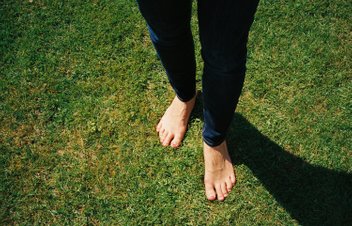 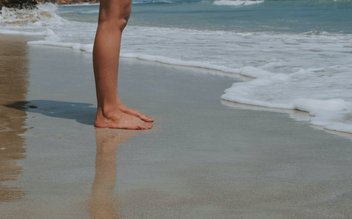 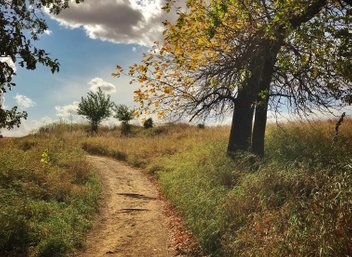 The Earth, our common Ground and the journey to Wholeness

Touch is essential for physical life. Touch between humans , animals but also the earth. In the direct contact information is exchanged. With the Studies of Clint Ober (Inventor of Grounding Tools) an interesting field came into existence which deals with the grounding of the body in a physical way. It is a very natural expression  to touch the earth with bare feet but in our culture it became rare and a bit forgotten.

The effects  of  Grounding can help with many forms of sicknesses and psychological states. The capacity of the earth to support humans in their electrical balance was not in the awareness for a long time. But native americans were aware of these phenomena and actually the whole world of free living animals is living connected to the earth. Also for plants it seems to be essential to have the electrical exchange with the mass of the planet.

(watch Video about a study with sunflowers)

For the human the earth connection is also natural and beneficial. In these times our relationship with the earth is changing with more awareness for ecological interrelations. The acknowledgement and appreciation is rising - for enourmous contribution the planet offers to us - the home in which we  experience life in human form.

Read more about the Connection of Awareness and  Grounding:

Earth Pilgrimage - The Spirit of Grounding

Studies have shown that grounding has a positive effect on the blood viscosity. Grounded blood remains in its natural fluidity. This improves circulation and the capillaries can serve their function better.

Also in the wide field of inlfammation Grounding offers benefits.

The earth can be seen as a source for electrons that the body requires. In the physical connection with the earth  when walking on grass for example it comes to an exchange of electric charges. The body can balance high voltages and receives electrons that have a positive effect on free radicals and inflammatory situations.

Imagine a mighty unseen cavalry of free electrons, galloping up through your body from the Earth and mopping up outnumbered forces of inflammatory free radicals. Electron deficiency, created by a lack of grounding is eliminated and a healing process unfolds.

All diseases where inflammation plays a role are improving when a person regularly grounds physically. And it is a basic issue in many diseases.

Interesting is also that studies showed that grounded animals have generally no issues with inflammation. Only humans and their pets require the modern pharmaceutical treatment that was developed in the last decades. The decreased contact with the earth might play an importan role in that. Through new forms city planning, higher buildings and synthetic footware humans literally isolated themselves from the earth. 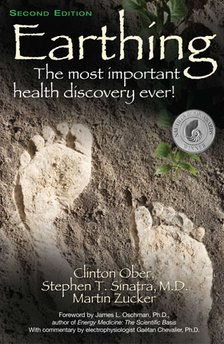 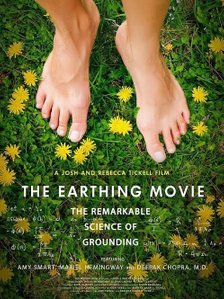 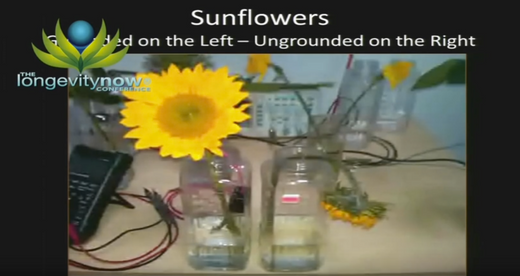 Plants and grounding : Sunflowers after several days with grounded water vs. ungrounded water on the right. (Watch the  video below)

Of course the direct contact with the soil is the most natural way to ground the body. But there are also ways that allow grounding indoors by using the grounding plate of the electrical circuit of the house. Another possibility is to use a Grounding Rod that you stick in to the earth in your garden. With a cable the ground is connected to your home and the devices you use for Grounding. There are pads , mats , bed sheets , mouse pads, and many other forms of tools that ground the body and have a similar electrical effect as to walk barefeet on grass. 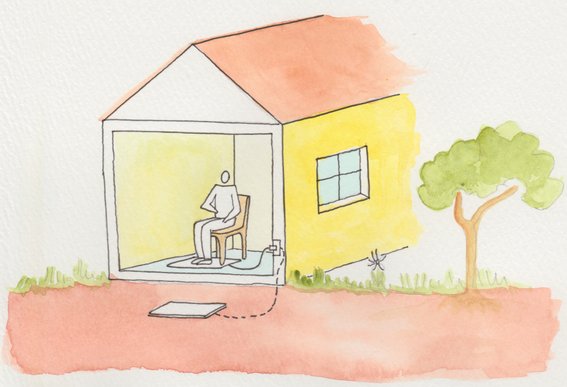 Especially in winter this becomes a source of earth energy that is a simple contribution to our health and well-being. Touching the pads aswell as the ground lets our body voltage sink and puts our organism into the natural state (electrically speaking). To sleep on a grounding sheet or to have a feet pad or mouse pad at your work place keeps you grounded easily many hours per day.

Since a grounded state seems to be fundamental to health, the list of documented positive experiences with conscious grounding is long. For example, there have been positive developments with nocturnal teeth grinding, gingivitis, burns, arthritis, autism, mood swings, back pain, auto-immune disorders, Lyme disease, infertility, sleep disorders, stress and electrosensitivity, diabetes, heart rhythm disorders, knee problems, and others. 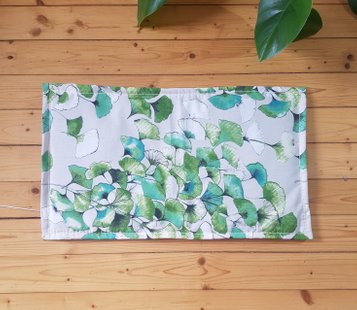 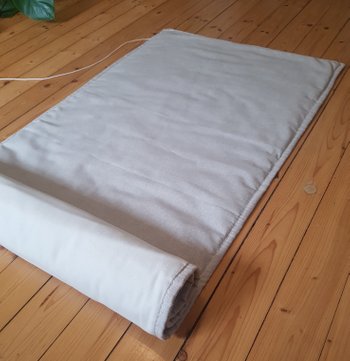 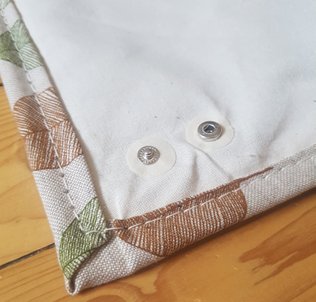 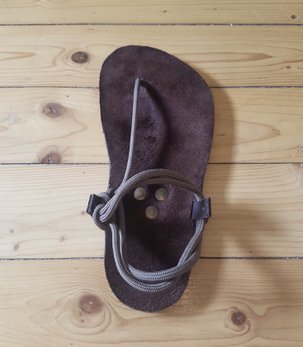 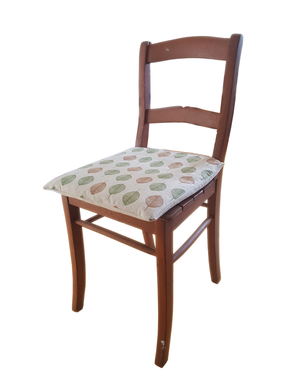 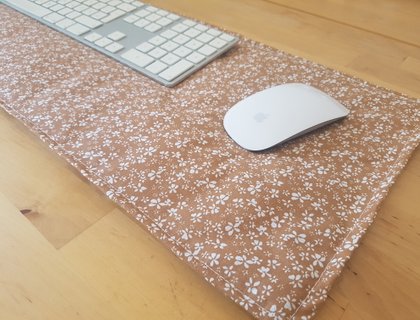 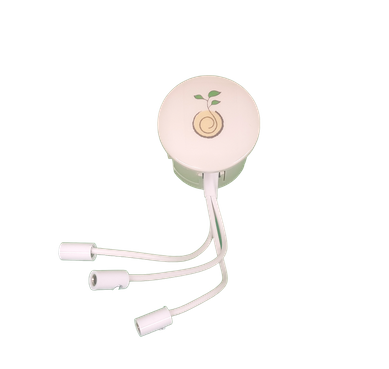 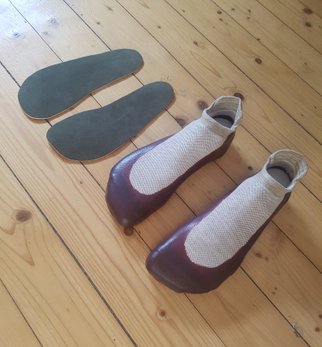 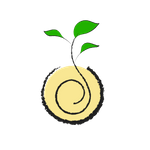 Talk of Dr. Christy Weston with pictures of the Sunflower Study:

This video shows how grounding reduces the body voltage and how you can measure the effects of grounding yourself :

The remarkable science of Grounding :

Pictures of bloodcells before and after grounding :

Dr. Sinatra about grounding as an and effective form of medicine that reduces inflammation and free radicals in the body :

Inventor of Grounding Tools Clint Ober in an interview with a longer introduction :